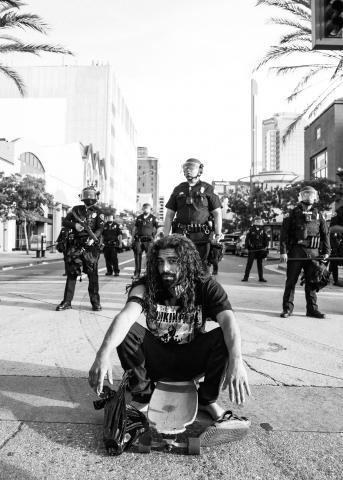 Topic: Bourdieu on the Block: Punishment, Policing and the Street

Although Bourdieu wrote comparatively little on criminological matters, references to Bourdieu’s work have in the last decade gathered into a steady stream. There is a sense in which criminology, though something of a late-adopter, may be beginning to undergo its own ‘Bourdieusian moment’. In this talk, based on a recent virtual Special Issue of the journal Criminology and Criminal Justice, Dr Fraser sketched out the ‘field of reception’ into which Bourdieu’s concepts have entered. In recognizing the mutually constitutive role of structure, culture and agency in the wellspring of social action, Bourdieu creates a vocabulary for a systematic sociology of crime and criminalisation that bears further development and debate. As represented in the VSI, there are at least three tributaries that have pooled to form what we might term a putative Bourdieusian criminology: punishment, policing and the street.  In elaborating these interlocking arenas of crime and justice, Alistair draws on his own work on gangs, policing and street culture.

Commentator: Janet Chan, Professor, UNSW Law and member of the Centre for Crime, Law and Justice

Alistair Fraser is the Director of SCCJR and Senior Lecturer in Criminology based at the University of Glasgow. His work focuses on three main areas: youth, gangs and street culture; urban ethnography and qualitative methods; and global and comparative criminology. He is the author of Urban Legends: Gang Identity in the Post-Industrial City (Oxford University Press, 2015) and Gangs & Crime: Critical Alternatives (Sage, 2017)

Janet Chan is a multidisciplinary scholar with research interests in criminal justice policy and practice, sociology of organisation and occupation, and the social organisation of creativity. She is internationally recognised for her contributions to policing research, especially her work on police culture and socialisation, police reform, and the use of information technology in policing. Her major publications in this field include Changing Police Culture (Cambridge University Press 1997) and Fair Cop: Learning the Art of Policing (University of Toronto Press 2003).

Luke McNamara is Co-Director of the Centre for Crime, Law and Justice. His current research includes a study of criminalisation practices directed at public space ‘disorder’ and anti-social behaviour.