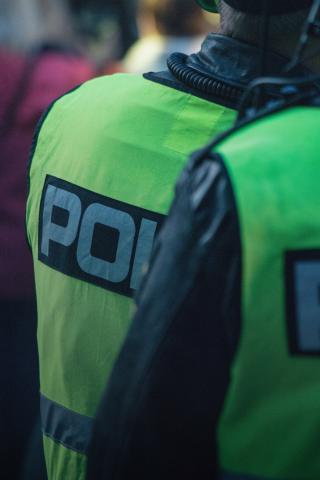 There is growing acceptance that attaining the Sustainable Development Goal of ‘peaceful and inclusive’ societies in the Global South is contingent on recognizing and harnessing the plurality of security provision. Yet, comparatively speaking, there still remains a deficit in knowledge on plural policing in developing contexts, particularly in the face of complexity, deficit, and crisis. There remains a gap too between the normative ideal of inclusive plural security formations and the operational realities of achieving this in these contexts. This talk will reflect on the impact of crises on plural policing provision through considering the context of South Africa from 2011 to 2018, a period characterized by a poly-crisis – a crisis in public policing, high-level state capture and corruption, increasing rates of violent crime, as well as consistently high levels of inequality and underdevelopment. Through focusing on state attempts to deliberately craft and promote plurality, this talk will reflect on crises not as the backdrop to plurality but as a formative component of it – both undermining and enhancing it. The talk will conclude with a consideration of the difficulties of constructing and operationalizing democratic and effective pluralized policing formations in Global South contexts where crises are ongoing and normalized.

Dr Julie Berg is a senior lecturer in criminology at the School of Social and Political Sciences, and an Associate Director (Internationalisation) of the Scottish Centre for Crime and Justice Research (SCCJR), at the University of Glasgow. She joined the University of Glasgow in January 2018, having previously held a full-time research and teaching appointment at the University of Cape Town, South Africa. She is a research fellow in the Global Risk Governance Programme at the University of Cape Town and a member of the international and inter-disciplinary research network Everyday Political Economy of Plural Policing (EPEPP). Julie also co-leads a global network, the Evolving Securities Initiative (ESI), which comprises scholars and security professionals focusing on the generation of knowledge about existing and emerging harmscapes and associated security governance developments. She runs the ESI’s Glasgow Hub (ESI@GLA) which focuses on exploring the impacts of new risk harmscapes on security institutions, collaborative arrangements, and democratic policing. Further to this, Julie co-leads the Network on Intelligence and Security Practices in African Countries (NISPAC) which is an interdisciplinary community of scholars and practitioners focused on exploring the role of security and intelligence services (state and non-state) in the African context, thereby addressing deficits in knowledge on this topic.