This presentation examined the difference between the orthodox assumption that adult-child sexual contact is both wrong and harmful and another that focuses upon moral panics. The latter view emphasises that childhood is a modern construction and that the personal or social harm arising from adult-child sexual contact is open to question. The tension between these two positions is laid out in order to examine their different assumptions about what exists (ontology), how it is understood (epistemology) and how we appraise power discrepancies in relationships (ethics). Resources from the philosophy of critical realism were deployed to critique the applicability of moral panic theory to child sexual abuse and understand the persistent presence of that theory, despite its poor evidence base. It was concluded that child sexual abuse is not a moral panic at all and that we should be wary of the influence of this line of reasoning in our professional training and literature. 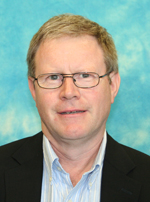 David Pilgrim PhD is Honorary Professor of Health and Social Policy at the University of Liverpool and Visiting Professor of Clinical Psychology at the University of Southampton. Now semi-retired, he trained and worked in the NHS as a clinical psychologist before completing a PhD in psychology and then a Masters in sociology. With this mixed background, his career was split then between clinical work, teaching and mental health policy research. He remains active in the Division of Clinical Psychology and the History and Philosophy Section of the British Psychological Society, and was Chair of the latter between 2015 and 2018.